The two long-standing Managing Directors of WITTMANN BATTENFELD in Spain, Mr. Jordi Farres and Ms. Merce Margarit are going into retirement on 30 September 2021. Effective 1 October, the company’s general management will be taken over by Mr. Salvador Gracia, who previously held the position of Strategic Finance Manager.

The cooperation between the founder of the WITTMANN Group, Dr. Werner Wittmann, and the two Managing Directors Jordi Farres and Merce Margarit goes back all the way to the late 1980s, when the company then trading as WITTMANN Kunststoffgeräte GmbH sold flow controllers to the Spanish machine manufacturer Margarit. Later on, Margarit established Deaplast as an independent company responsible for the sale of auxiliary appliances, including flow controllers and temperature controllers from WITTMANN. In 1990, the loose cooperation between WITTMANN and Margarit, alias Deaplast, was firmly established by an official agency contract. As a further step, Deaplast was taken over by WITTMANN in 1992, and both members of the Deaplast management duo were appointed Managing Directors of the new company WITTMANN Robot System S.L.  This management team has proved successful to this day, and they have seen innumerable spurts of growth over the many years. These include the continuous growth of WITTMANN in the Spanish market, the Group’s extension of its product portfolio, and finally the integration of BATTENFELD Iberica. Today’s company, now trading as WITTMANN BATTENFELD Spain S.L., employs 38 staff members and is also in charge of managing the Technofrias agency for the Portuguese market. With a powerful team of very experienced technical experts, the Spanish market has been and still is being continuously further developed.

Mr. Salvador Gracia was recruited in 2008 to strengthen the team further, and he has earned an excellent reputation as Strategic Financial Manager. Since the middle of 2020, Gracia has been allowed to prepare himself for his new position of Managing Director, and meanwhile he has been getting more involved in the company’s operative business. On 1 October, he will take over a highly motivated, long-established team. Among others, he will be supported by Mr. Yoel Vaca, Sales Director, and Mr. Jorge Molpeceres as Technical Director. Together, they are determined to  further advance the growth of the WITTMANN Group on the Iberian peninsula. 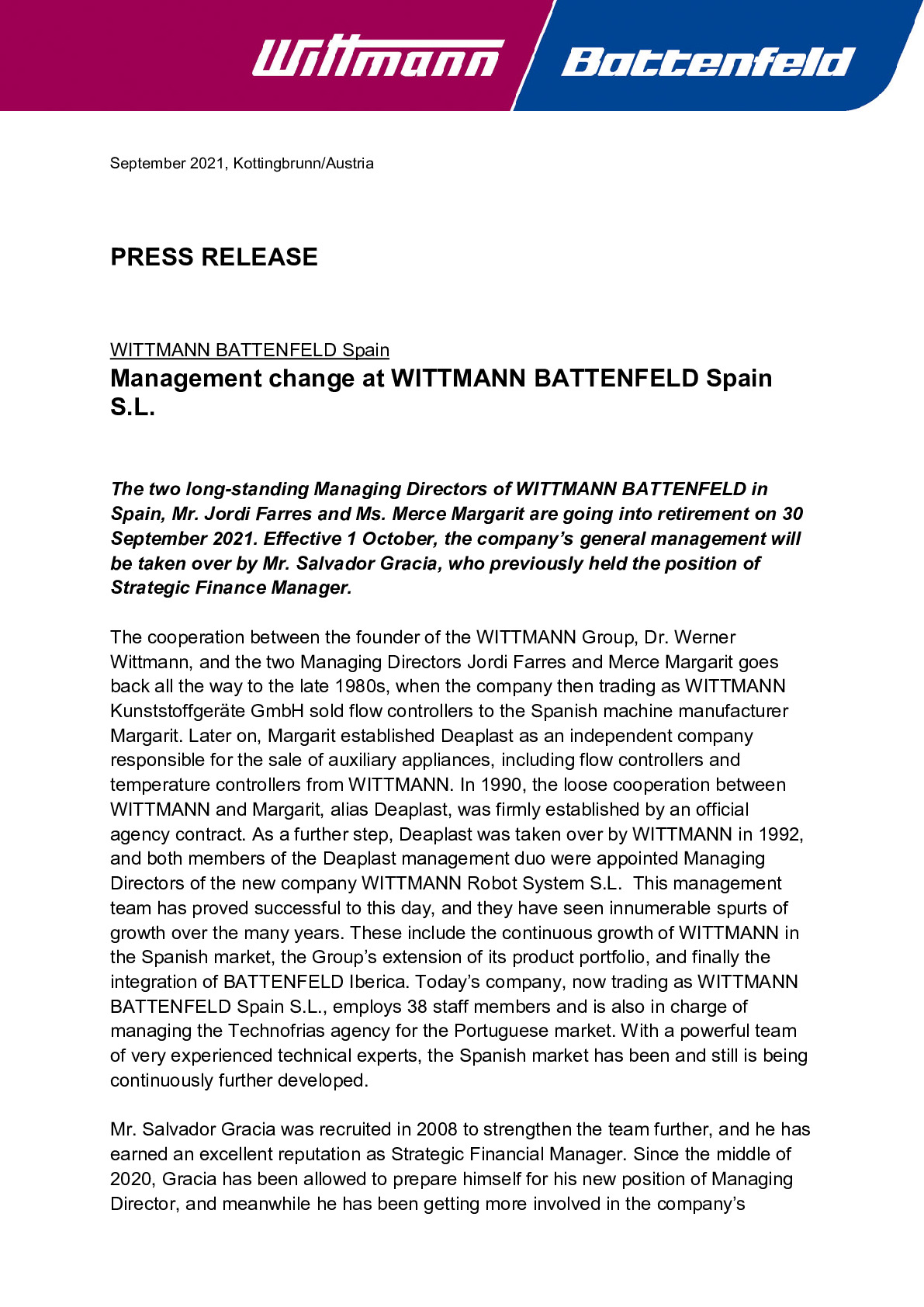 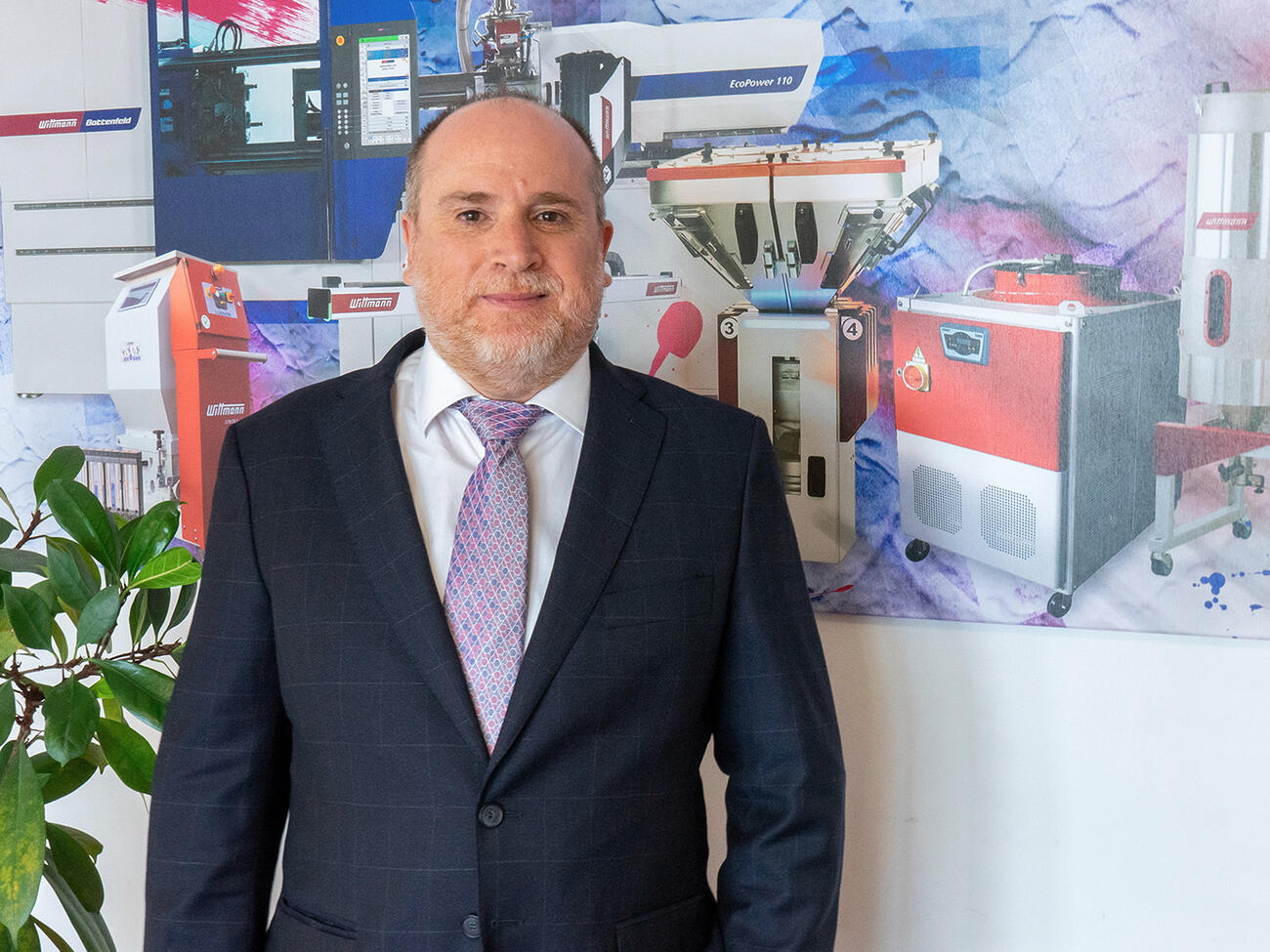 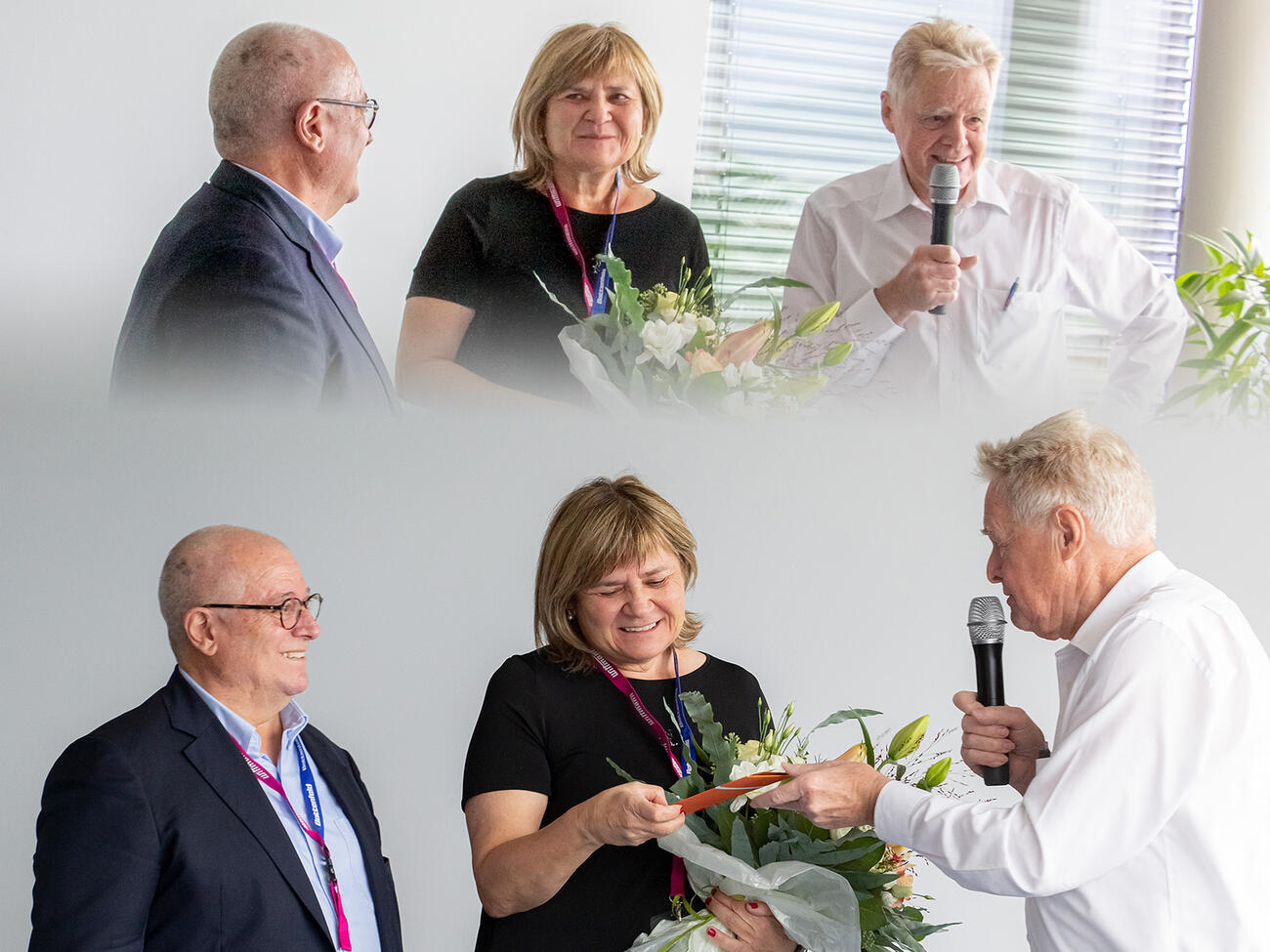