Replacing the high-speed robots from the UHS series

The WITTMANN Group is taking the opportunity to present its most recent product developments in a great variety of different areas at the Fakuma in Friedrichshafen. Among other things, the company will showcase its latest SONIC robot model 12 to 16 October at its booth No. 1204 in hall B1.

In 2019, the SONIC robot series was launched to replace the high-speed robots from the UHS series. SONIC robots come with a new design and are equipped with the ultra-modern R9 robot control system. The new SONIC 108 for use on small injection molding machines with clamping forces from 50 t upwards now joins the appliances already on the market for clamping forces from 150 to 500 t.

In contrast to the larger SONIC models, the SONIC 108 has been fitted out with a fixed demolding axis, which has proved extremely advantageous for small injection molding machines. Short overhangs and a compact control cabinet simplify the CE-compliant housing of the automation cell. During the active demolding stroke movement above the mold space, no axis elements are pushed towards the injection unit, which substantially simplifies the enclosure especially in the area behind the fixed clamping plate of the machine. 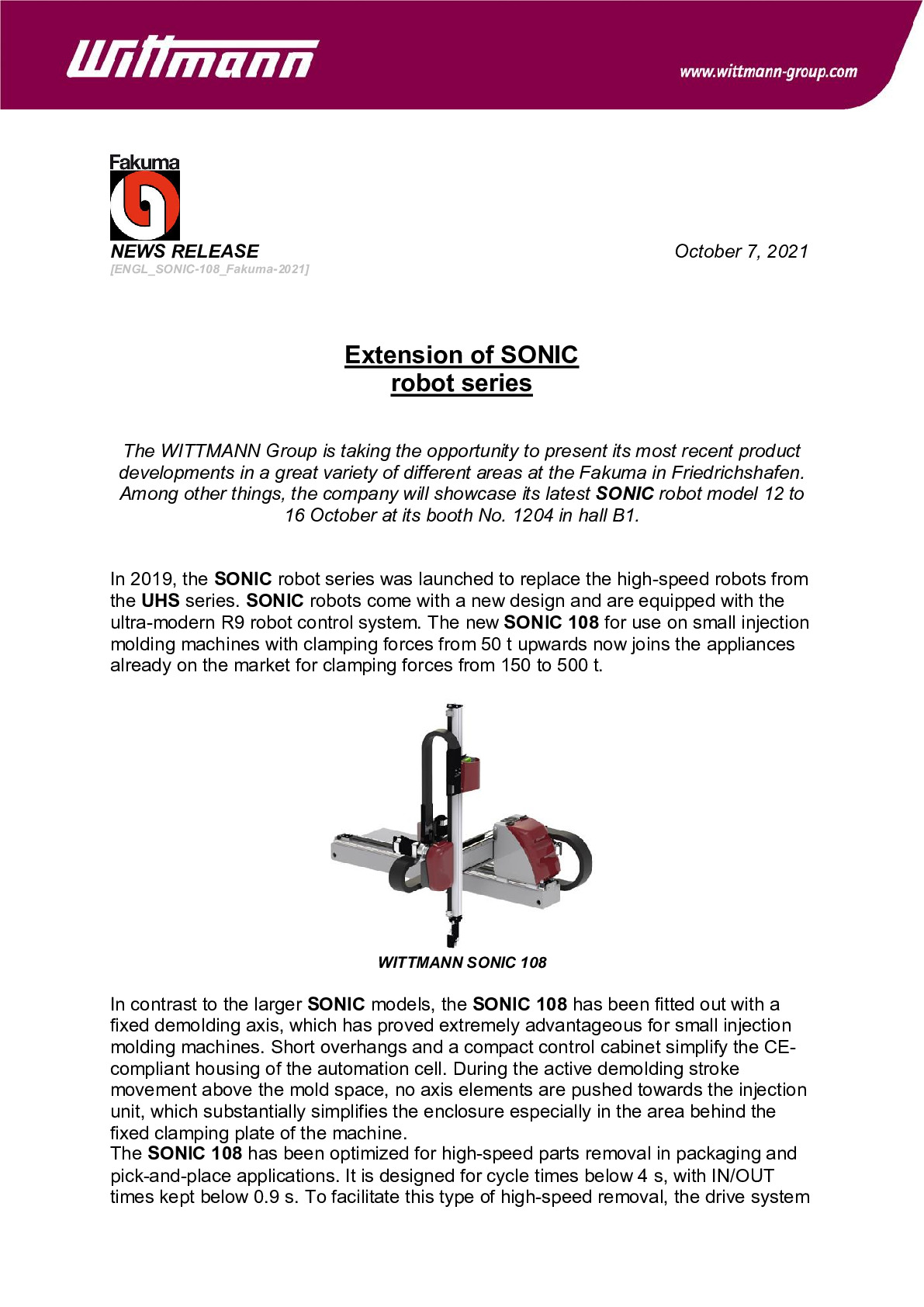 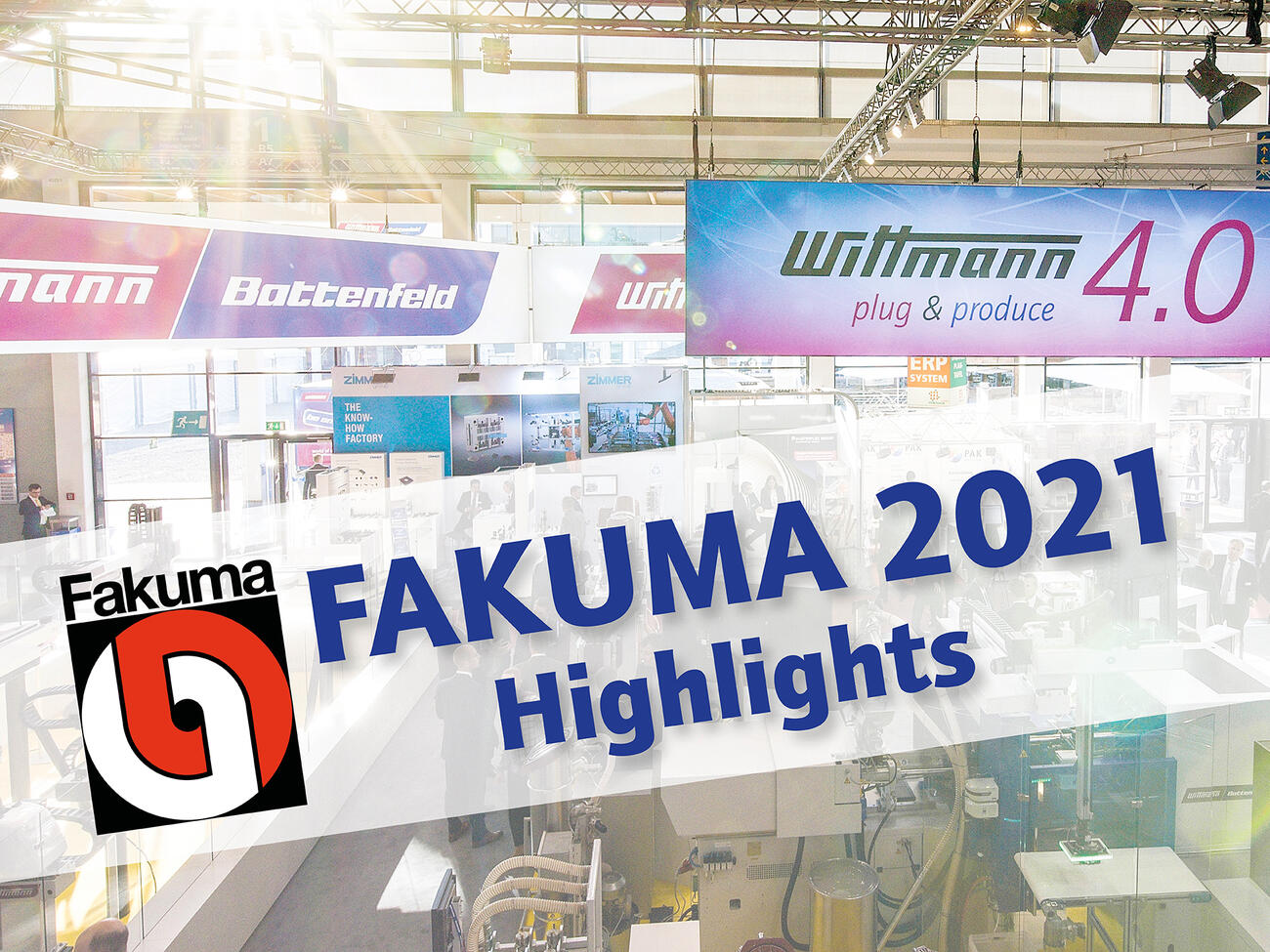 WITTMANN Group live at the Fakuma 2021

Following a year of “Fakuma break”, the WITTMANN Group is now looking forward to presenting itself again live on site in Friedrichshafen and showing its product highlights at booth 1204 in hall B1. 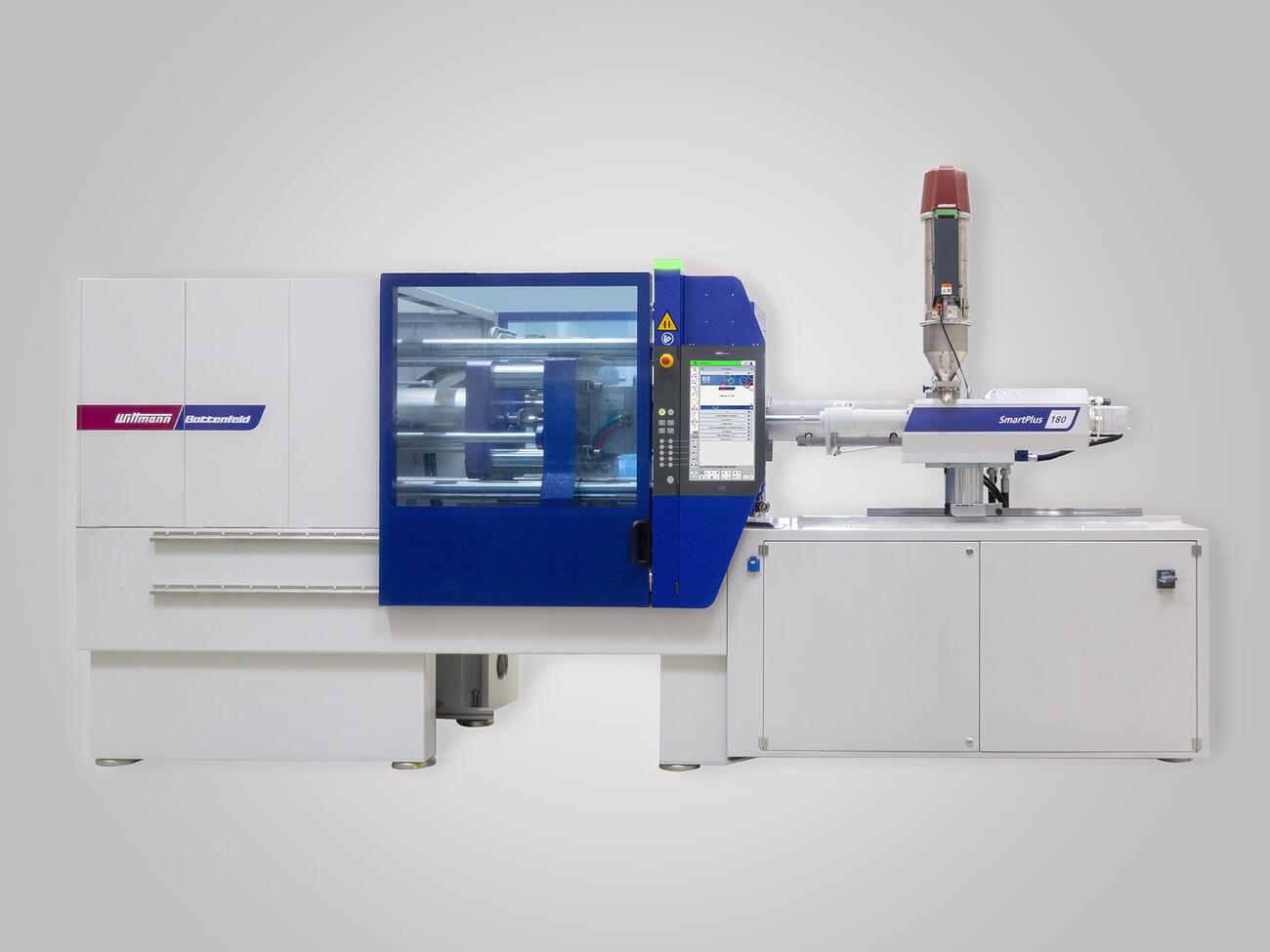 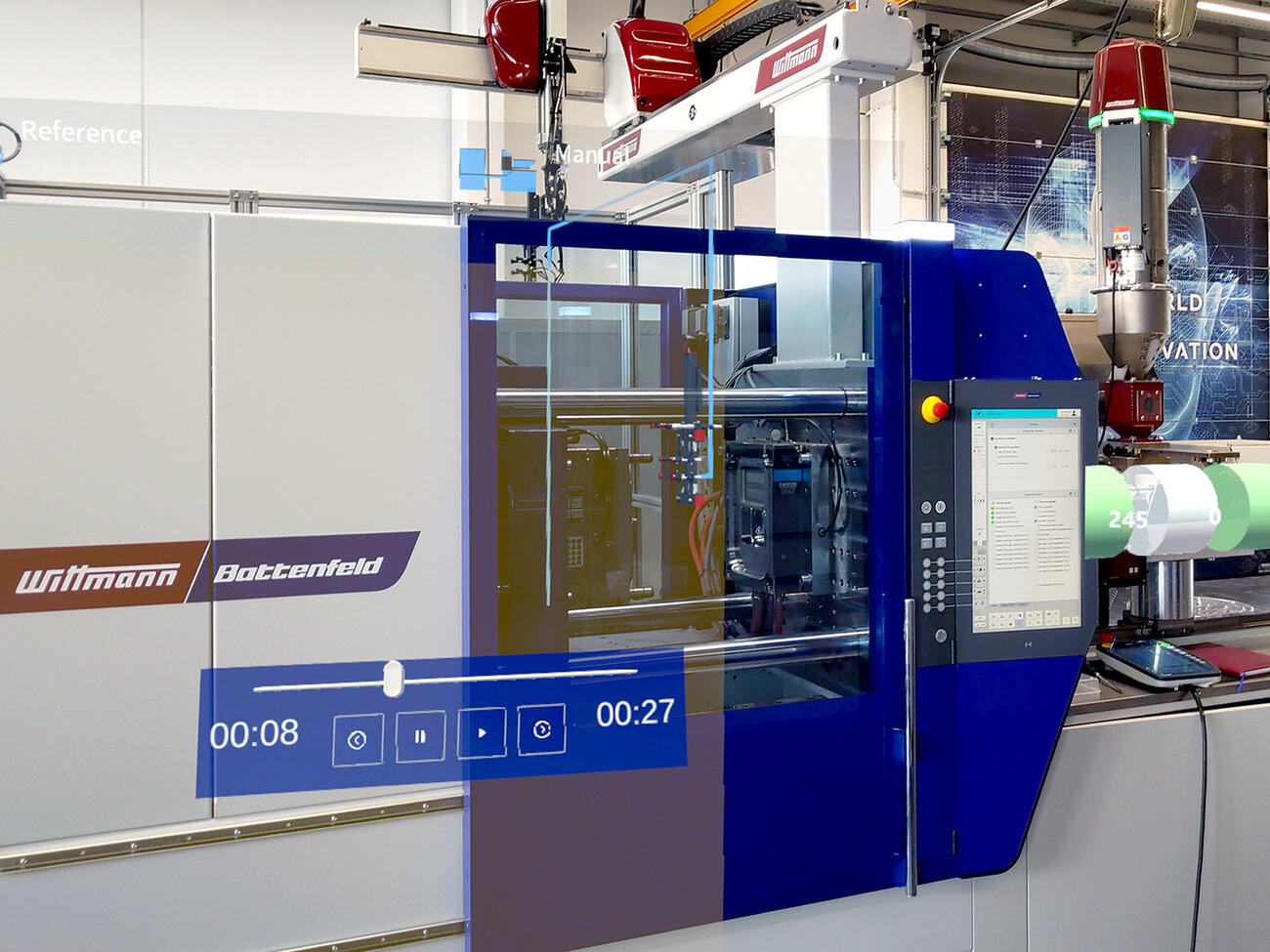