In live sports broadcasts, slow motion replays of controversial or spectacular scenes have been common practice for a considerable time. Apart from the added entertainment value for spectators, such slow motion views also support correct decision-making by referees and can be used in training. This function is now also installed in WITTMANN robots with R9 control systems.

The task of the robot’s video assistant is performed by the digital twin, which is installed in every R9 control system as standard. The digital twin is displayed directly on the TeachBox and can replay preceding sequences at any desired speed. As the digital twin has access to the configuration of the physical robot on which it is installed, it is familiar with that robot’s equipment options and is able to visualize these appropriately.

As soon as the physical robot switches into the automatic operation mode, the twin records all changes in the positions of the individual axes, the entrance/exit points, the counters and all other values relevant for the operation of the appliance. All data are recorded with a precision of 4 ms and can be traced back into the past for up to 100 seconds. In this way it is possible to access the record for any desired point in time. Another vital fact is that the teach-commands executed are saved here, too.

An example of a practical application could be the standstill of a robot for unknown reasons – with the subsequent option to retrieve a visualization of the incident on the TeachBox for fault analysis. When the robot standstill occurs, the data recording is discontinued, and the preceding 100 seconds are now available for analysis. A time controller installed on the TeachBox makes it possible to define a point in time within the displayed sequence. This controller can be shifted in both directions as desired, in order to examine in detail and repeatedly critical changes of status which have occurred.

During the analysis, the physical robot could stay defective or out of function, since only the digital twin is moved on the TeachBox, and only its status changes are displayed.

The video assistant makes it much easier to detect causes of defects and supports the operator’s efforts to prevent a repetition of similar incidents. Consequently, it contributes to increasing the uptime of every R9 robot – and thus the efficiency in production. 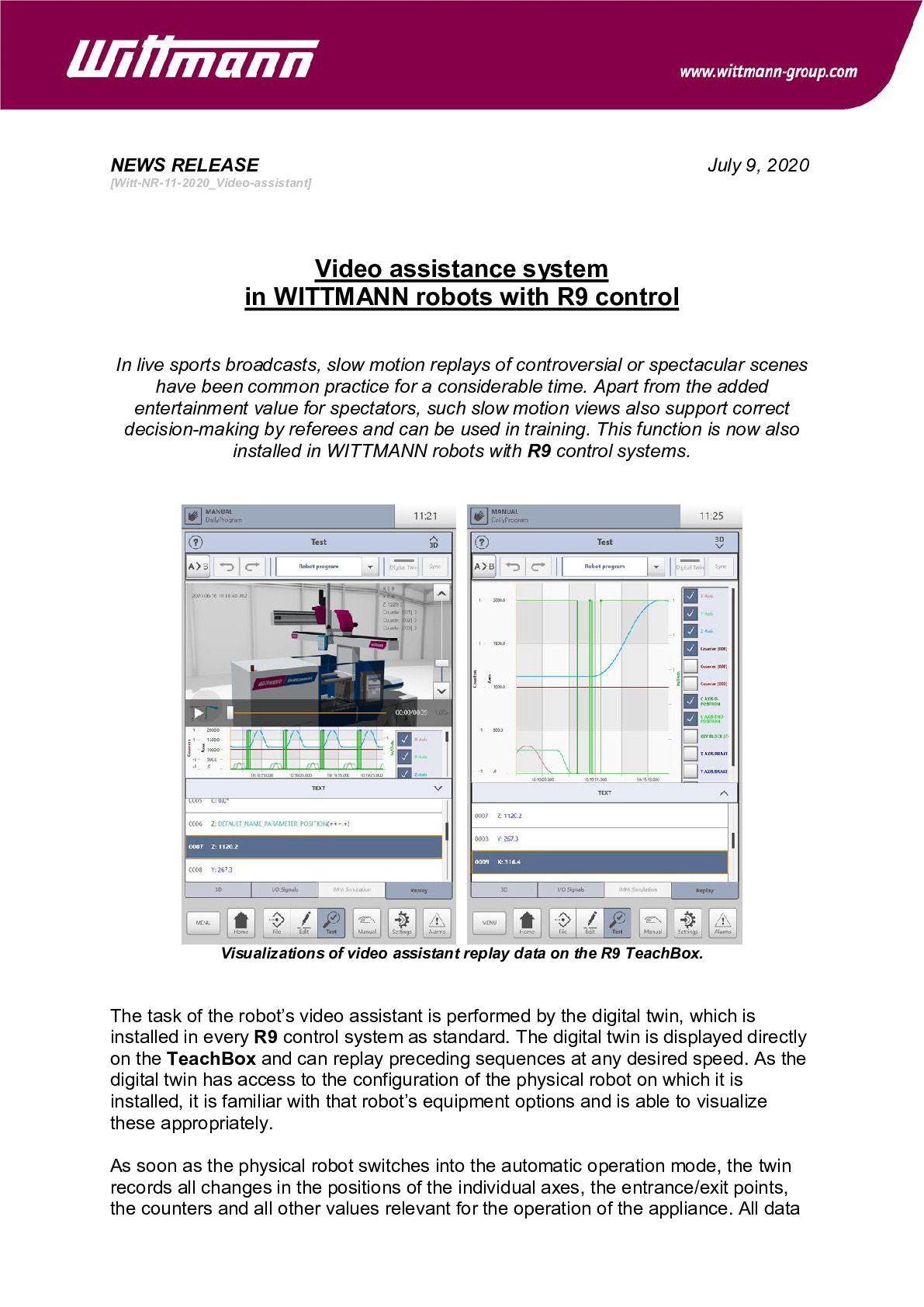